Outside of the CFA, the Spinning Club is the longest running community group in the Highlands/Caveat area.  In the early 70's times were difficult on the farm and many women moved into jobs outside the farm to supplement incomes, while some created cottage industries adding value to sheep skins and wool.

In February 1972;   "a meeting was held in the shearers' quarters of 'Habbies Howe', chaired by Mrs Peg Lade and attended by over fifty people, created the Highlands Spinning Club.  The shearers' quarters served as headquarters for the club for several years, members teaching one another to spin.  As interest in spinning increase, new clubs were formed and numbers attending Highlands decreased to the point where meetings began to be held in the home of Mrs Margaret Pompe.  In the early days members often sold their finished products - wool and hand knitted garments - and for a couple of years an informal craft shop operated out of 'Habbies Howe'" (Highlands 1882 - 1982 by Helen McCall, p. 106)

Since those days the Spinning Club has continued to meet in private homes.  The activities have expanded to other crafts and have provided not only a great place to learn from each other but also as a place for socialising and community support.  Yo don't have to be a spinner to join, nor do you have to be a master craft-person.

The Club meets on the second Monday of each month at the home of Jan Sporry, 450 Caveat Dropmore Road Caveat, at 11am.  The group has lunch together (BYO) and concludes mid afternoon.  Weather permitting, the group often sits outside enjoying the garden and the birds. 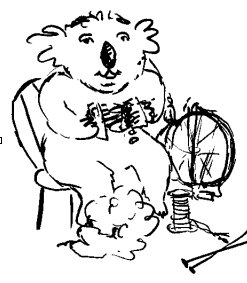 There is an annual fee of $5